Every now and then, you come across a photo that you know is going to change your life. It only takes an instant for you to know that you are going to do whatever it takes to get yourself to that location. Then, from that single picture, an entire adventure spins forth.

About a year ago, my good friend David Lama, an incredibly talented, young alpinist from Austria, sent me a photo of the Baatara Gorge in Lebanon.

“Check this out,” was all the email said. No other words were needed to accompany this picture of a unique limestone gorge with three free-standing bridges, and a pencil-thin waterfall pouring into a misty sinkhole in the background. Being a rock climber myself, I instantly saw the potential for a spectacular climbing opportunity through the streaks of blue and black limestone.

Fast forward a year, and David and his Red Bull manager, Florian Klinger, had secured the funding we needed to explore this rare location for new climbing potential.

For me, this project was just what the doctor ordered. Over the last few months, I’d been working really hard directing several projects that are challenging and creative, but have nothing to do with the outdoor world. These projects are awesome in that they allow me and my team to hone our skills. But we really live for opportunities to take our honed skills and arsenal of production tools, and apply them to creating visuals of the things we love: rock climbing and outdoor adventure.

The small team for this project was obvious; Dane Henry, Sean Haverstock and Bligh Gillies. We all work and travel a ton together, and most importantly share a passion for climbing in the outdoors. With at least 25 bags between the four of us, we brought a ton of gear, which included a 30-foot jib arm, Movi M10, a CineStar heavy lifter with a Movi attached, a Kessler second shooter, and a few Nikon D4s and D810 cameras, and a RED Dragon. (I think on the way home we set a personal record for paying over $3,000 in excess baggage fees to Middle East Airlines, and that was after lots of negotiating to bring the rack rate down from $7,000!) 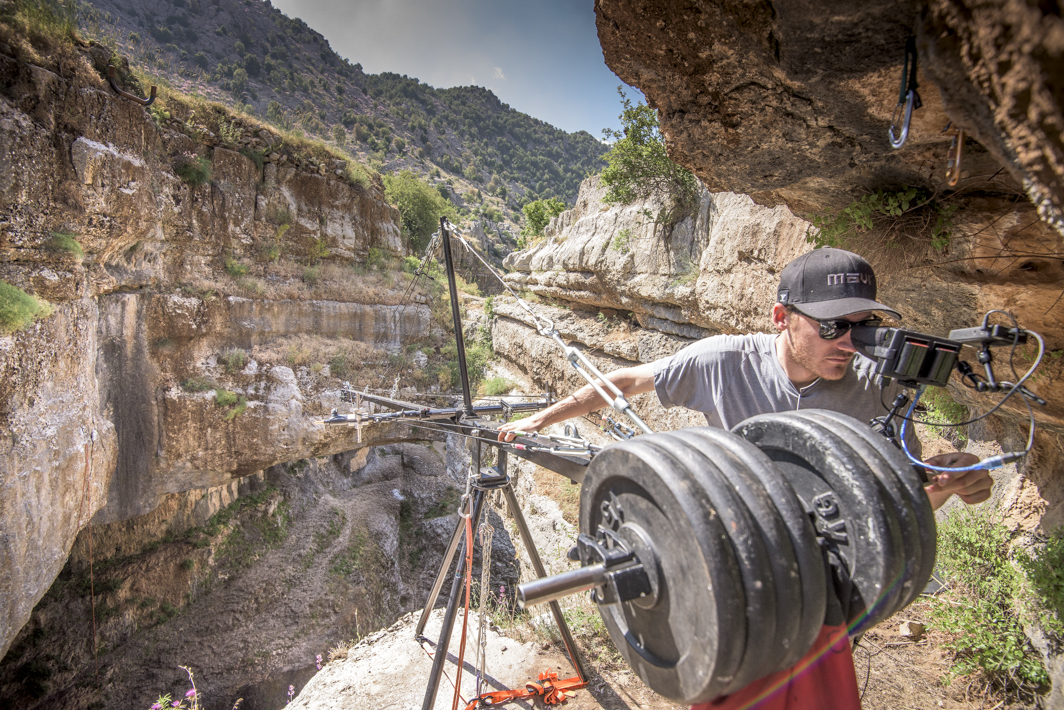 For us, we saw this project as an opportunity to raise the production value for what we can do in the climbing realm. We had it all: the gear, the stunning location, and one of the most talented athletes I’ve ever met. 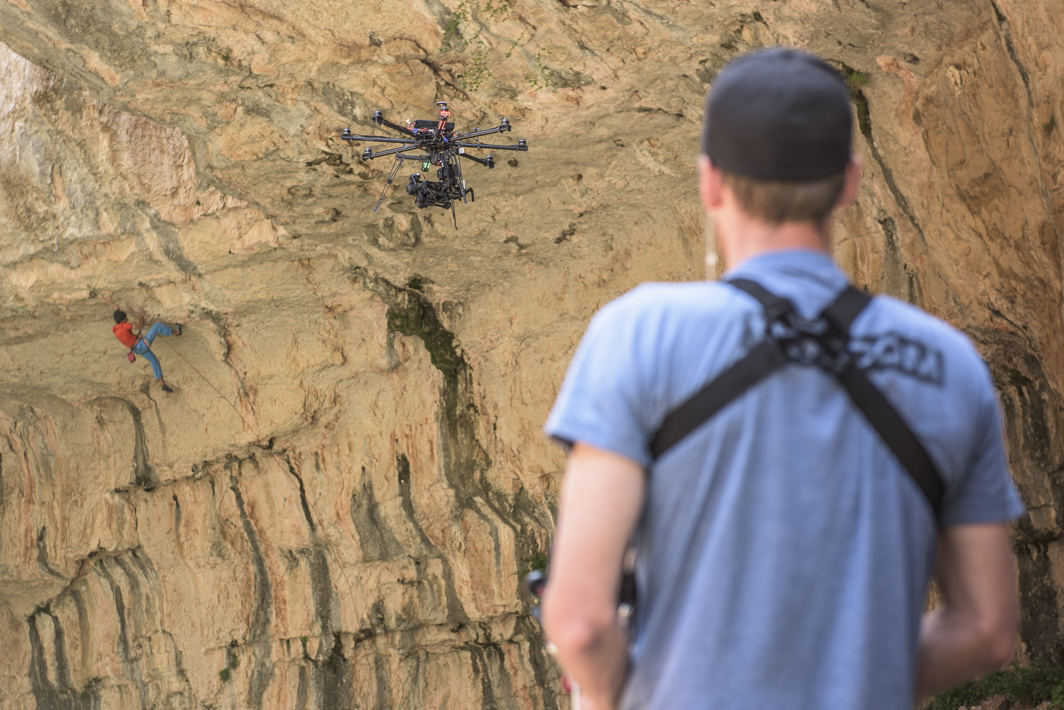 David found a route, bolted it, and began working on what would end up being the first ascent of a really tough 5.14d which he named Avaatara, a clever play on the words “avatar” and the name of the Baatara Gorge. The fact that David was able to climb it in only a few tries speaks to just how good David is at rock climbing. 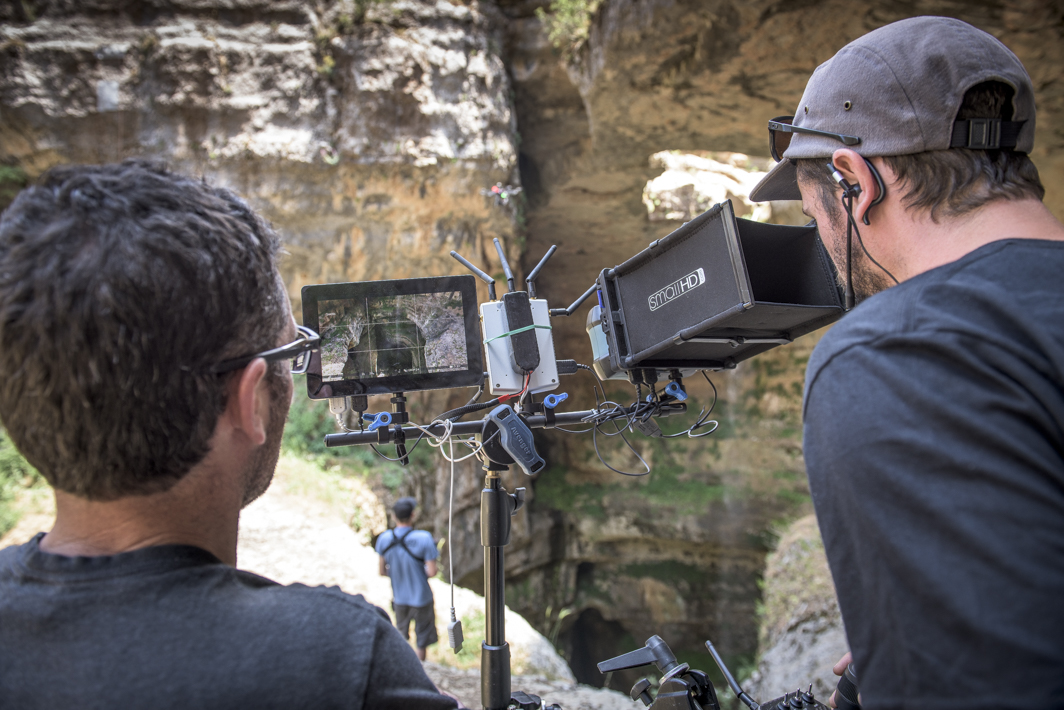 In the end, we delivered two video edits to Red Bull. A story cut that you can see at the top of this post, and a shorter 90-second visual cut that you can check out, and share with your friends. You can read Red Bull’s story here. 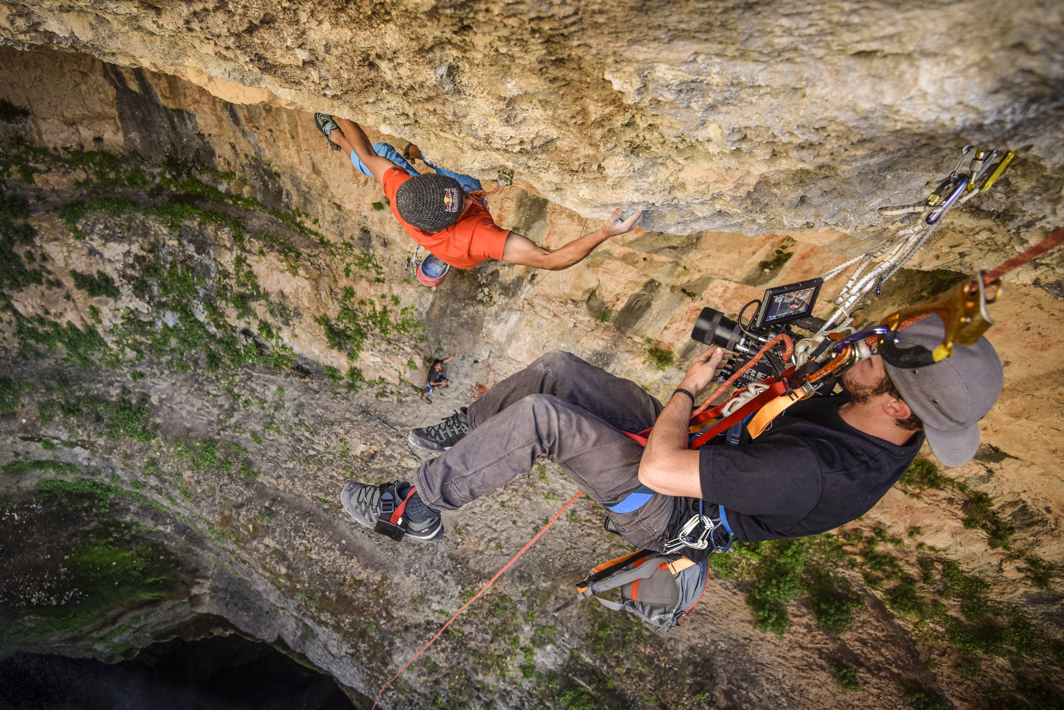 Huge thank you to the entire team at Red Bull, especially Florian Klinger for making this project happen. Thanks to the crew in the field: Dane, Sean, and Bligh and the crew back home: Josh Marianelli, Julia Arcamone and Conor Barry. Thanks to Andy Mead at Novus Select, and Andrew Bisharat for your insightful words. Dane Henry, thanks for the awesome edits and patience, and Chris Stamey and Jon Wyman thank you for the mastering work. Big thanks to Scott Gabler, a master machinist, who streamlined our jib and made it travel and sinkhole ready – our jib stability was extra critical on this shoot! Thanks to Jad Khoury for being a great tour guide, providing a great interview for our video, and especially for all those marathon belays.

Also huge thanks to Roy Myrad and Robert Naouss, our on-the-ground Red Bull team. Without Roy, a “natural” producer / fixer, we definitely wouldn’t have been able to operate so smoothly in Lebanon, nor would we have had as much fun.

This project would not have been possible without the gracious support of our friends at Nikon, Freefly Systems, SmallHD, Kessler, Litepanels, SanDisk, Manfrotto, G-Tech, and Lowepro. Thanks for the continued support!

Finally, thanks David Lama for the inspiration, and especially for first sending me that photo. This adventure was exactly what I needed, and it’s an experience I will never forget.

ASK COREY: What is Your Favorite Wide-Angle Zoom Lens?

Keep it up, we love to see you shoot more climbing !
Best

[…] case when Rich was emailed a photo by professional Red Bull rock climber David Lama. According to Rich’s blog, the accompanying text was thin, but as the saying goes, a picture is worth a thousand […]

Love the timelapses at :30 Drone footage at 1:25 is great! Big fall at 2:57 – captured well from camera standpoint. Congratulations to the whole team. Cheers guys!

Corey, great to see that you made the most of that amazing opportunity. Love the video, awesome job for sure. Congrats to you and your team!

Beautiful work everyone! So much talent going on here!